With three Teams' titles to its name, e.dams continues its journey in the series with the Japanese manufacturer.

In its first season, the team managed a second place finish in the Teams' championship after six podium finishes, six pole positions and 16 Super Pole appearances combined by Buemi and Rowland, making Nissan e.dams the best qualifying team in the championship. The team ended the season with its first ever victory during the final race weekend in New York City.

Nissan is the first Japanese manufacturer to enter the series and is a world leader in the design and manufacture of all-electric cars. With over 365,000 Nissan LEAF vehicles sold since the model debuted in 2010, Nissan has made use of its existing EV experience to develop the all-new powertrain for its Formula E race car. In turn, the learnings from the track will shape the next generation of EVs from the Japanese car maker.

Racing for Nissan e.dams is Formula E veteran and former champion Sebastien Buemi alongside British driver Oliver Rowland. Building on their performance last season the pair piloted the team's new 'kimono-inspired' car for 2019/20, after getting off to a slow start, Buemi earned Nissan their first podium at Round 4 in Mexico City with a third-place finish.

The Nissan duo got into their strides in the six-race season-finale in Berlin, Buemi claiming three podiums to his name and Rowland added to this with his debut victory in Formula E. An impressive run of results to allow Nissan e.dams to fire into second in the teams' standings.

Nissan e.dams headed into the 2020/21 campaign looking like one of the form prospects. The Japanese marque made up for lost time last season after its twin-motor solution was outlawed, and ended on a high with Rowland's maiden win in Berlin. Season 7 was a slow burn, with bad luck curtailing front-running pace - certainly for the Brit.

Rowland rounded off with another podium at Tempelhof, adding to silverware in Puebla. Converting a London DNF after a tangle with Stoffel Vandoorne (Mercedes-EQ) could well have seen Rowland trouble the standings' top three. A best of fifth in Rome was all Buemi had to show for his lowest points-score in Formula E to-date - he'll certainly be hoping for a brighter Season 8 with young German Guenther set to push him all the way.

Give your favourite Nissan e.dams driver an extra power boost in the race.

Join team Nissan E. Adams in their 3rd season of Forumla E with their official team cap in team colours and featuring all the key sponsor logos. 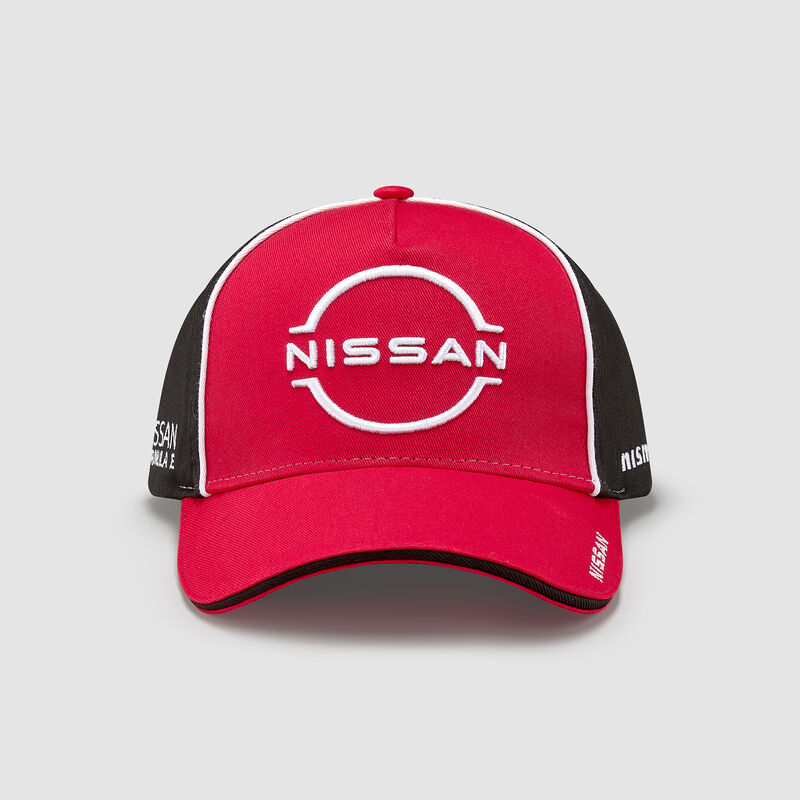