NEOM McLaren, using Nissan powertrains for Season 9 and the start of this new Gen3 era of Formula E, impressed in Valencia with both the returning Rene Rast and rookie Jake Hughes featuring in the top 10 on the timesheets across the week-long seven-session test - with teams racking up more than 5,000 laps between them.

McLaren Racing CEO Zak Brown is looking to hit the ground running, and with the team taking on the multiple title-winning Mercedes-EQ outfit, the American team boss feels they've got every chance of success with Ian James at the helm.

"It’s a great opportunity for us," said Brown. "Mercedes was choosing to exit the sport and we’re now at the start of what is Formula E’s Gen3 – its third generation. So, we felt like there’s going to be a bit of a reset. Of course, we still have a lot to learn but the opportunity to acquire a team that’s won the last two championships, keep that team intact – led by Ian James, who’s very successfully led that team to those titles – was a great opportunity for us to hit the ground running with a team that already knows how to win.

READ MORE: Who set the pace in Valencia?

"We’re so excited to be able to have the Mercedes employees now be McLaren employees. I think given our history with Mercedes, it was a nice way to transition from the Mercedes family into the McLaren family. So, I’m excited to work with all the men and women on the racing team.

Entering Formula E wasn't just a sporting decision, though Brown is sure the company's broad scope of race series' gives it a competitive advantage both on and off-track. It's about the company's sustainability drive, too, which is key to its future.

"We decided to enter because in a very short period of time, we saw how successful Extreme E was for our fans, employees and partners and we said ‘let’s double down’ – because sustainability is that important to us. 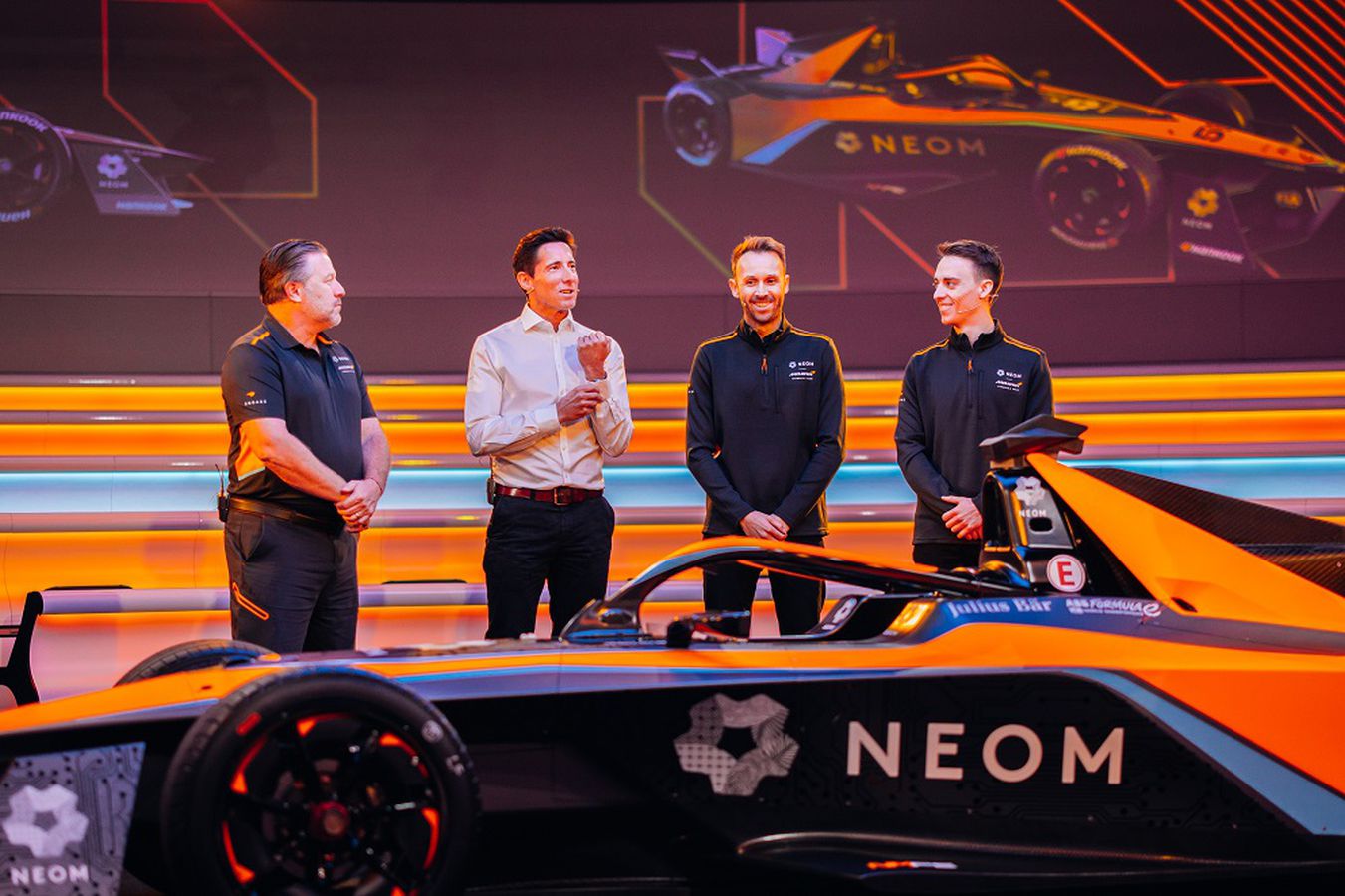 "A good example of that was in Formula 1 where we did our iconic Gulf livery changes – that wasn’t something that happened often in F1 whereas in, say, NASCAR, it happens all the time. We thought it would have a big impact and the fans loved it.

"So, whether its through entertainment or bringing the fans together, there’s a lot of cross-pollination we can do with our family of racing drivers and racing activities."

Rast and Hughes the ideal combination

Rast is back in Formula E, and Brown's sure he - as a multiple DTM champion and properly quick elbows-out racer - is the perfect partner for impressive rookie Jake Hughes - who failed to make the top 10 on the timesheets on just one occasion in Valencia, setting the quickest laptime twice.

"With Rene, he’s a champion. He’s recognised as an extremely fast racing driver with a lot of experience. He’s been in Formula E before so we were very happy to get him on-board.

READ MORE: Hughes: 'Nothing can prepare you for Formula E'

"Then there’s Jake. He has a great history with the former Mercedes team as their Simulator and Reserve Driver, so that was someone Ian felt he and the engineers knew well and they had done a lot of development work – he earned his opportunity. It’s great – I’m looking forward to seeing both of them on the grid next year."