DRAGON / PENSKE AUTOSPORT has been a mainstay of Formula E since the inaugural 2014/15 season, competing in every race to date. Founded by Jay Penske in 2007, the outfit is the only all-American team on the grid.


With a history dating back to the first Formula E race in Beijing, 2014, the team entered the all-electric series after seven years competing in IndyCar. Founded by Jay Penske in 2007, DRAGON / PENSKE AUTOSPORT is headquartered in Los Angeles, California – the largest single metropolitan EV market in the world – with additional operations at Silverstone in the UK.

Getting off to a strong start, the team finished runners-up to Renault e.dams in the inaugural season before dropping to fourth the following year. For the third season of Formula E (2016/17) the team wound up eighth, scoring 41 points over the course of the season, and won Formula E’s first foray into Esports with its victory in the Visa Vegas E-Race. With Jose “Pechito” Maria Lopez and Jerome d'Ambrosio behind the wheel for 2017/18, the team finished a tough season in 11th spot in the Teams' running.

For the 2018/19 season, the team partnered with Italian fashion house Geox to be called the GEOX DRAGON. The newly branded outfit paired front man Jose-Maria Lopez with rookie Maximilian Gunther as they challenged for the title in the fifth season behind the wheel of the new Gen2 Penske EV-3. In the most challenging season to date, the team finished its fifth campaign tenth in the team standings without a podium finish.

The American outfit showed pace and promise from the off, with Sette Camara and Mueller outstripping their Season 6 points haul inside two rounds, via a pair of top five finishes in Diriyah.

Mueller went better still with maiden silverware and second spot in Valencia but a tough mid-season spell with non-scores all-round until a pair of top 10 finishes in London left the squad 11th - with Joel Eriksson joining the fold latterly in place of Mueller. Unlocking that pace on a more regular basis will be the squad's task in Season 8 as former Formula 1 star Antonio Giovinazzi joins the fold from Ferrari’s stable of drivers alongside the returning Sette Camara.

Give your favourite DRAGON / PENSKE AUTOSPORT driver an extra power boost in the race.

Look the part around the circuit and in the city with the Dragon Penske 1/4 Zip Team Sweater from one of the founding teams in Formua E: 'E Pluribus Unum' - "Out of many, there is one" 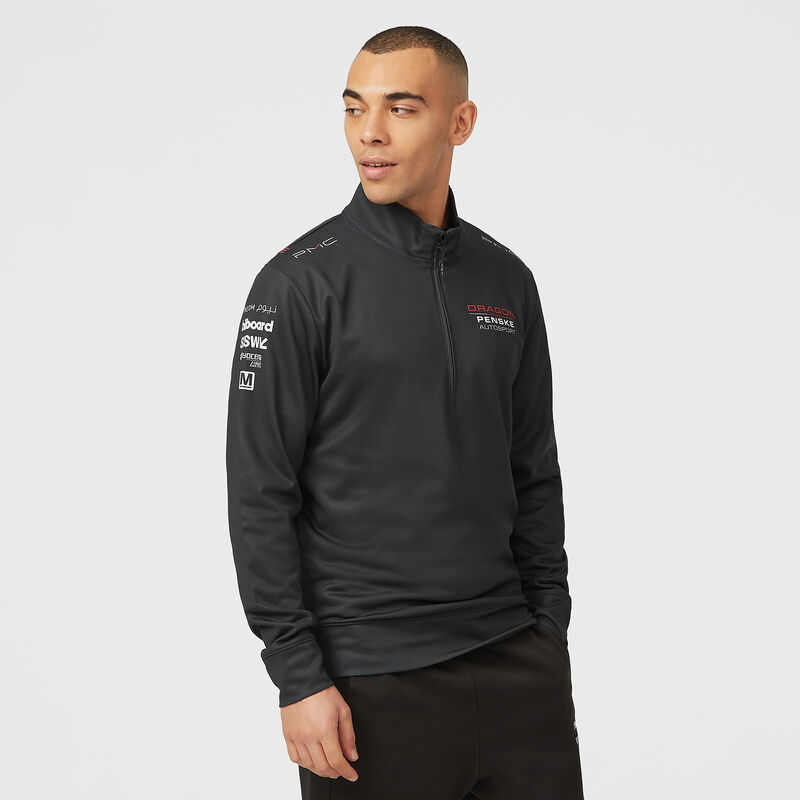